Will audit findings spark a Philly takeover of the PPA? 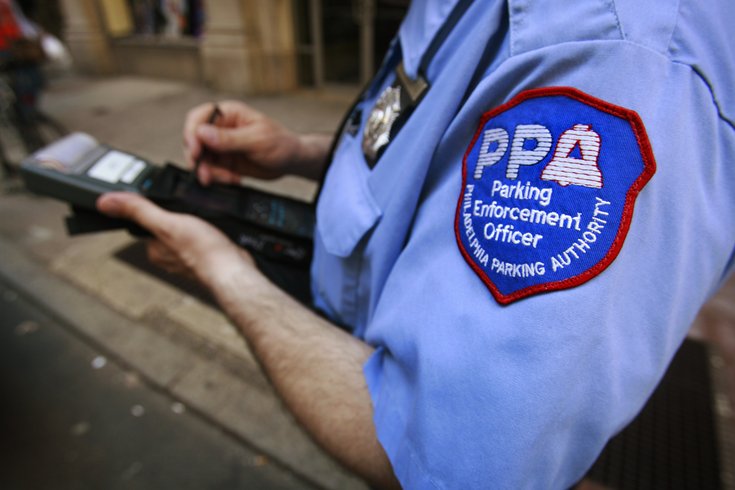 A move to potentially bring the Philadelphia Parking Authority back under city control had been floated around before Pennsylvania’s auditor general released damning audit findings on the authority Thursday.

A state House bill proposing the city take back control of the PPA from Harrisburg was referred to committee nine months ago and still awaits a vote there. Last week – in response to the School Reform Commission’s decision to dissolve itself last month and hand back control of Philadelphia schools to the city – a councilman introduced a resolution requesting the state and Mayor Jim Kenney to return PPA control to Philly.

But calls for a local takeover are growing louder after Eugene DePasquale’s report alleged the PPA mismanaged tens of millions of dollars in potential funding for the city’s school district and allowed its former executive director to keep his job despite two sexual harassment allegations. (Vince Fenerty was allowed to resign in late 2016.)

Both DePasquale and Gov. Tom Wolf said this week that the city should take back PPA control.

In a sharply worded statement on Thursday, Wolf said that in nearly two decades of state control, the PPA has become “an over-bloated patronage pit that wastes taxpayer dollars and has failed to deliver better customer service or stronger organizational function for the people of Philadelphia.”

“The findings of the Auditor General’s audit are disturbing and display a culture that runs afoul of good government and basic decency,” he said. “I urge the General Assembly to swiftly abolish state control of the authority and return the functions of the PPA to the citizens and local government of Philadelphia.”

The city oversaw the authority from its creation in 1950 until 2001, when the state General Assembly transferred control of the agency to the state. At that time, the purpose of the move was to provide up to $45 million in PPA revenues each year to the School District of Philadelphia.

But one of the audits released Thursday found the PPA failed to collect $76.8 million in parking fees over the last five years that could have gone to the cash-strapped district.

“Because the findings in these two audits raise several significant and disturbing concerns, I will refer them to the IRS, the State Ethics Commission, and the Attorney General’s office for further review,” DePasquale said Thursday during a news conference in City Hall.

“I am also calling on the General Assembly to return control of the PPA to the City of Philadelphia.”

The House bill, co-sponsored by Reps. Stephen Kinsey (D-Phila.) and Kevin Boyle (D-Montgomery, Phila.), proposes sunset provisions in state code that would bring the PPA back under city control.

“Before the sunset becomes effective, the General Assembly will have sufficient time for deliberation and debate to determine if effective and efficient management of the PPA is best accomplished under the home rule authority of the City of Philadelphia or by an appointed board with little oversight, accountability or transparency,” a House memo from Kinsey and Boyle on the legislation stated.

The bill was referred to the House Urban Affairs Committee, where it remains nearly nine months later.

“I think what came to light in the Auditor General’s report will, in my hopes, spark members to say, ‘Hey, we have the report, we have legislation supporting what the governor is saying and the Auditor General is saying. Let’s at least look at it,'” Kinsey told PhillyVoice on Friday.

Under the legislation, state oversight of the PPA would expire on June 30, 2018.

In City Council, Councilman-at-large David Oh had been doubtful that the resolution he introduced on Nov. 30 would pass on Thursday, acknowledging that control over the authority is a political issue.

But that was before the state released its findings just hours before the resolution went up for a vote, “and so it passed,” said Oh, a Republican.

“We should get revenues of the parking authority,” he said. “They shouldn’t be sent around the state. It’s not a state asset, it’s a city asset.

“Had it been properly run, we would’ve seen that money come to the city and to the school district.”

All members supported the resolution except Brian O’Neill, who voted no, and Al Taubenberger, a PPA board member, who abstained. Both are Republicans.

In September 2016, Wolf asked Attorney General Josh Shapiro to investigate the PPA following Fenerty’s resignation after it was revealed that two women had accused him of sexual harassment.

In an independent investigation in 2015, the PPA had found that Fenerty had sexually harassed a senior director at the authority, but did not fire him. It was also revealed that another woman had been offered a $150,000 settlement in 2007 after Fenerty allegedly harassed her repeatedly, but she refused the money.

He and PPA Board Chairman Joseph T. Ashdale have not yet commented on Thursday’s findings.